“Bell proves she is in fine literary fettle with the latest marvelously creative addition to her School of Dukes series by serving up another small-scale romantic masterpiece, whose beguiling combination of winsome writing, wicked wit, and steamy sensuality is simply too good to miss.”
— Booklist *STARRED Review*

“action-packed … Readers will applaud the intelligence and bravery of the duo and anticipate their union.”
— Publishers Weekly

If adventure has a name…it must be Lady India Rochester. The intrepid archaeologist possesses a sharp blade and an even sharper knack for uncovering history’s forgotten women. Unfortunately, she has one annoying weakness: the dangerously handsome Duke of Ravenwood. Former best friend. Current enemy. And the man who dared to break her heart.

Daniel Bonds, the Duke of Ravenwood, is a thrill-seeking antiquities hunter who only plays by one rule: Never fall in love. He’s in it for the fortune and glory. At least that’s what he wants the world to think. He’s sworn to hide his tangled web of secrets, especially from the one woman he cares about and will protect at any cost.

But when a priceless relic is stolen from the British Museum, the rivals must align forces. Racing to recover the stolen antiquity and avert an international disaster? All in a day’s work. Avoiding their buried feelings? More and more impossible. For love is about to become the greatest treasure of all.

Daniel Bonds, the Duke of Ravenwood, known to his friends as Raven, was inspired by the one and only James Bond. Which characteristics of the famed spy did you incorporate in the book?

Raven is loosely inspired by James Bond, and in particular by Daniel Craig’s portrayal of Bond in the movie Skyfall. There’s a scene in the book that references the scene in Skyfall where 007’s shooting skills and physical condition are being tested. I wanted to show the scarred warrior returning from a failed mission in the field and needing to prove himself and rise from the ashes.

It’s been rumored that Idris Elba would play James Bond in a new series—if you could cast any actor as Raven, who would you cast and why? 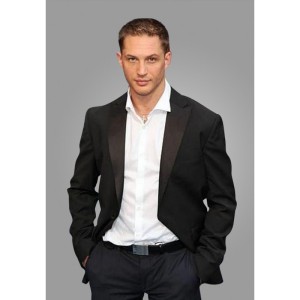 I think Tom Hardy would make an excellent Duke of Ravenwood. Am I right?

A lot of historical heroes are rogues (and we love them for it!), but Raven is unique—his rakish exterior hides a secret identity as a spy for the crown. What was it like for you to write a fake rogue?

Fake rogues are so delicious because they have all of the swagger and none of the hubris.  They are confident without being conceited, sexy without being jerks, and when they fall in love, they are all in.

If you could describe Raven in 4 words, what would they be?

If given the opportunity to meet Raven and India, where would you take them to dinner and why?

Raven and India are all about Paris, so I would have to take them to some little bistro in the City of Love for the perfect French meal paired with excellent wines.

Lenora Bell is a third generation Alaskan and her hometown still has no traffic lights or fast food, but the public library is going strong. An English teacher with an MFA in Creative Writing, Lenora has traveled the globe using music to bring smiles to classrooms. She lives with her carpenter husband and two naughty tiger-striped kitties.

This entry was posted on Saturday, September 15th, 2018 at 6:00 AM and is filed under Author Spotlight. You can follow any responses to this entry through the RSS 2.0 feed. Both comments and pings are currently closed.