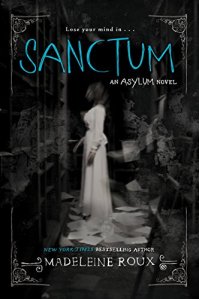 After surviving the horrors of their summer at New Hampshire College, Dan and his friends are looking forward to a bit of normalcy. But someone has other plans for the trio. Dan agrees to visit their old classmate – the one locked up for killing a fellow student – and is given a message that forces him to return to New Hampshire College. His hope is that he can finally bring the whole nightmare to a close, but when he reveals his plan to Abby and Jordan he finds that they too have received messages.

Now all three have returned, under the guise of a student campus visit, to once again face the horrors of Brookline Asylum.

This follow up to Asylum picks up just a few months after Dan, Abby, and Jordan narrowly escaped the summer college prep program at New Hampshire College. All three have returned home to their own high schools, but Dan has a hard time letting go. Part of this is of course thanks to the revelations about his own shocking connection to Brookline Asylum.

This time around, Dan and his friends are sent on a bizarre scavenger hunt throughout the town of Brookline, all the while trying to evade their student hosts and a weird secret society while Dan also tries to muddle through the meaning of a series of visions he’s been having about Warden Crawford.

As with Asylum Roux again uses creepy and gritty imagery to ratchet up the chill factor of Sanctum. It was great to return to Brookline – a town I’d definitely NEVER want to live in – and get more of the Warden and the asylum’s story, though there were still a few loose ends left by the end. Overall it’s a great mix of horror and suspense, the perfect kind for a one-sitting read on a dark and stormy night.

This entry was posted on Wednesday, September 23rd, 2015 at 6:00 AM and is filed under Book Reviews, Crime Fiction, Fiction, Horror. You can follow any responses to this entry through the RSS 2.0 feed. Both comments and pings are currently closed.