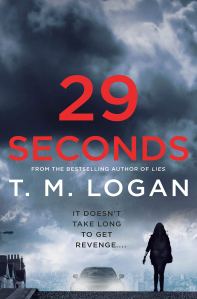 Sarah is a young instructor at Queen Ann’s University located near London. We meet her at the point of several crossroads in her life.

First, her beloved husband has just taken a break from the marriage and gone away to have a fling with another woman. Second, her appointment as a tenured instructor at the university is coming up for review. Without this status her place at the university becomes very tenuous as well as her ability to get another position if the current job is declared redundant causing her to lose that position.

The head of her department, and the one man holding the key to her promotion, is Alan Hawthorne. Professor Hawthorne is renowned at the university, hosts a television show, and has managed to marry a wealthy woman that insures his job via her gifts to the school. Unfortunately, Alan has a history of behaving inappropriately to women working at the university and insuring their sexual favors by holding their jobs over their heads. He has decided that Sarah is to become his next conquest and starts to demand that she satisfy his demands. Between her errant husband and Hawthorne, Sarah has arrived at the end of her rope and does not know where to turn.

Fate suddenly lends a hand. Sarah finds herself in a position to fend off kidnappers from taking a young girl prisoner by her prompt action against them. The girl’s father insists upon expressing his gratitude to Sarah, and due to the coincidental fact that he is a crime boss, is able to make her an offer that is strange, criminal, but arriving at a very appropriate time in her life. She is told that all she has to do is give him a name and that person will be made to disappear. Sarah now has a husband that has taken a vacation to be with another woman, and a supervisor that has make it clear that her continuance at her work depends upon how well Sarah fulfills his demands.

The situation is not as easy as it would appear, and the novel creates the wonderful need to continue to devour the pages until completely read. The reader will change his or her mind several times as Sarah’s thoughts go back and forth over what to do, and of course, who to do it to. A very engrossing novel and certainly one that assures that we will continue to seek out future books by Logan.

This entry was posted on Thursday, September 12th, 2019 at 8:00 AM and is filed under Book Reviews, Crime Fiction, Fiction. You can follow any responses to this entry through the RSS 2.0 feed. Both comments and pings are currently closed.