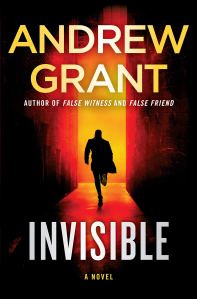 Paul McGrath came from a well to do family with his father wanting him to enter the family business. Paul rebelled against the idea desiring to make things happen on his own. He consequently joined the army where he made it to the top of his military intelligence team.

After many years he felt that he had to return home to make things right with his father with whom he had become estranged. He returned and found that his father had passed away, but not until there was a fight with the partner his father had taken into his business since Paul did not want in. The fight had resulted in a court battle in which Paul’s father had seemingly come out ahead until a critical piece of evidence went missing.

The case was postponed indefinitely pending finding the missing evidence and that is the prelude to our interesting story. The police suggest to Paul that he take a job in the courthouse and look for the evidence. They insist that it could not have been stolen due to the very tight procedures in place protecting property used in litigation and must be someplace in the court facilities.

Paul does get a job at the court house and immediately gets pulled into becoming Robin Hood through helping other people with their own problems with court findings. In all probability Mr Grant has created an individual that can be used in other novels and has requisite skills to take on a myriad of work.

The novel is well done, describing Paul and the other people that take part in the story allowing the reader to get to know them and their place in the tale. If Grant is setting up Paul McGrath as a future principal character, the novels featuring him will be welcome and awaited.

This entry was posted on Monday, January 7th, 2019 at 6:00 AM and is filed under Book Reviews, Crime Fiction, Fiction. You can follow any responses to this entry through the RSS 2.0 feed. Both comments and pings are currently closed.