Win a bookshelf of autographed thrillers from the International Thriller Writers!

WHEN YOU SEE ME by Lisa Gardner

#1 New York Times bestselling author Lisa Gardner unites three of her most beloved characters—Detective D. D. Warren, Flora Dane, and Kimberly Quincy—in a twisty new thriller, as they investigate a mysterious murder from the past…which points to a dangerous and chilling present-day crime.

FBI Special Agent Kimberly Quincy and Sergeant Detective D. D. Warren have built a task force to follow the digital bread crumbs left behind by deceased serial kidnapper Jacob Ness. When a disturbing piece of evidence is discovered in the hills of Georgia, they bring Flora Dane and true-crime savant Keith Edgar to a small town where something seems to be deeply wrong. What at first looks like a Gothic eeriness soon hardens into something much more sinister…and they discover that for all the evil Jacob committed while alive, his worst secret is still to be revealed. Quincy and DD must summon their considerable skills and experience to crack the most disturbing case of their careers—and Flora must face her own past directly in the hope of saving others. 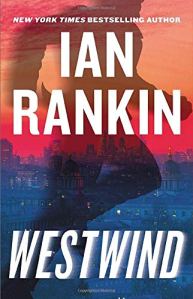 Available for the first time in the US, this masterpiece of cat-and-mouse espionage suspense from the Edgar Award Winning author and “genius” bestseller Ian Rankin is as timely and urgent as ever (Lee Child, bestselling author of the Jack Reacher series)

In Europe, the Americans are pulling out their troops in a tide of isolationism. Britain, torn between loyalties to America and the continent, is caught in the middle. In America, a space shuttle crashes on landing, killing all but one of the crew on-board: A British citizen named Mike Dreyfuss, who will become vilified by the US press and protesters.

Halfway across the world, at English ground control headquarters, Martin Hepton watches with dismay as they lose contact with the most advanced satellite in Europe. A colleague of Hepton’s who suspects something strange is going on disappears. Hepton realizes there is much more at stake than anyone knows — and many more people on their trail than they can possibly evade . . .

Pike Logan and the Taskforce were once the apex predators, an unrivaled hunting machine that decimated those out to harm the United States, but they may have met their match. While Pike Logan and Jennifer Cahill prepare to join their team on a counter-terrorist mission in the triple frontier—the lawless tri-border region where Argentina, Brazil, and Paraguay meet—they are targeted in Charleston, South Carolina. A vicious explosion kills a friend, and the perpetrators have set it up to look like an accident. While the authorities believe this was not foul play, Pike knows the attack was meant for him.

When he loses contact with the team in South America, Pike is convinced he and the Taskforce are under assault. His men are the closest thing to family that Pike has, which means he will do anything, even ignore direct orders to stand down, to find them. Pike and Jennifer head to Brazil to investigate their disappearance and run headlong into a crew of Russian assassins. Within days they are entangled in a byzantine scheme involving Brazilian politics and a cut-throat battle for control of offshore oil fields.

Forged in combat, the Russians are the equal of anything the Taskforce has encountered before, but they make a mistake in attacking Pike’s team, because Pike has a couple of elite Israeli assassins of his own. And Pike will stop at nothing to protect his family.

A video of Deputy Eve Ronin’s off-duty arrest of an abusive movie star goes viral, turning her into a popular hero at a time when the Los Angeles County Sheriff’s Department is plagued by scandal. The sheriff, desperate for more positive press, makes Eve the youngest female homicide detective in the department’s history.

Now Eve, with a lot to learn and resented by her colleagues, has to justify her new badge. Her chance comes when she and her burned-out, soon-to-retire partner are called to the blood-splattered home of a missing single mother and her two kids. The horrific carnage screams multiple murder—but there are no corpses.

Eve has to rely on her instincts and tenacity to find the bodies and capture the vicious killer, all while battling her own insecurities and mounting pressure from the media, her bosses, and the bereaved family. It’s a deadly ordeal that will either prove her skills…or totally destroy her. 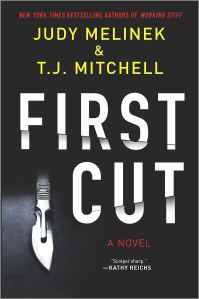 A young rookie medical examiner. A suspicious case. An underworld plot only she saw coming.

From the New York Times bestselling authors of Working Stiff

For San Francisco’s newest medical examiner, Dr. Jessie Teska, it was supposed to be a fresh start. A new job in a new city. A way to escape her own dark past.

Instead she faces a chilling discovery when an opioid-overdose case contains hints of something more sinister. Jessie’s superiors urge her to close the case, but as more bodies land on her autopsy table, she uncovers a constellation of deaths that point to an elaborate plot involving drug dealers and Bitcoin brokers.

Drawing on her real-life experiences as a forensics expert, Judy Melinek teams up with husband T.J. Mitchell to deliver the most exhilarating mystery of the year. Autopsy means “see for yourself,” and Jessie Teska won’t stop until she has seen it all—even if it means that the next corpse on the table could be her own.

Gemma Doyle and her friends travel to London for a Sherlock Holmes convention–but will Gemma’s father take the fall for a felonious forger’s fatality?

The 6th of January is Sherlock Holmes’s birthday, and lucky for Gemma Doyle, January is also the slowest time of the year at both the Sherlock Holmes Bookshop and Emporium, and Mrs. Hudson’s Tea Room. It’s a good time for Gemma and her friends to travel to England for a Holmes Convention. For Gemma, the trip provides an opportunity to visit her parents, Jayne Wilson is excited about seeing all the sites London has to offer, and Ryan Ashburton just wants to spend some time with Gemma. But the trip is immediately derailed when Gemma’s father Henry recognizes his brother-in-law Randolph Denhaugh, who disappeared more than thirty years ago on the night he stole a valuable painting from his own parents.

Henry, a retired detective with Scotland Yard, has been keeping tabs on the man’s career as a forger of Old Masters and he warns Randy to stay away from his family. It’s up to Gemma, with the help of her friends, to plunge into the “lowest and vilest alleys” of London to save her father from prison.

In this white-knuckled, timely, and whip-smart debut thriller, a deadly plot against the president’s life emerges from the shadows of the Deep State.

Recently elected President Richard Monroe—populist, controversial, and divisive—is at the center of an increasingly polarized Washington, DC. Never has the partisan drama been so tense or the paranoia so rampant.

In the midst of contentious political turf wars, the White House chief of staff is found dead in his house. A tenacious intern discovers a single, ominous clue that suggests he died from something other than natural causes, and that a wide-ranging conspiracy is running beneath the surface of everyday events: powerful government figures are scheming to undermine the rule of law—and democracy itself.

Allies are exposed as enemies, once-dependable authorities fall under suspicion, and no one seems to be who they say they are. The unthinkable is happening. The Deep State is real. Who will die to keep its secrets and who will kill to uncover the truth?