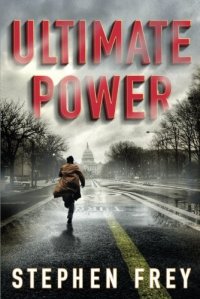 Stephen Frey’s creation of Red Cell 7 is combined with a young newly elected  partner in the largest financial company in the U.S. and probably the world.  Red Cell 7 is a group of individuals that tackle the mission impossible type of tasks that the regular groups of agents and the military cannot handle. If  you know about them or to whom they report they have to kill you. So there, be warned.

Andrew Falcon Jr. (A.J.) is the youngest hedge fund manager ever elected to partner at a huge Wall Street investment firm.  His financial future is secured and all he has to do is continue making money for the company which of course will also mean for himself.

Suddenly his niece, Claire, is kidnapped and A.J. drops everything to rescue her. Now we find that the kidnapping is tied to national politics at the very top and a task that the kidnappers want A.J. to do for them in order to get his niece back alive.

The first woman president of the United States has come out with a policy that she feels will remake the country into a better place. She lowers the amounts given to the military to operate and vows to begin taking down the evil people that operate with impunity via Wall Street to prevent the lower and middle class from assuming their proper place in the scheme of things. Obviously there is opposition to her plans with both the bad people in command positions of the military and heads of the the huge financial companies take part in.

The plot thickens and action follows action with the completely militarily untrained A.J. being allowed to participate with Red Cell personnel on raids to right the wrongs being perpetrated. Hmmm, will he survive? A minor detail is brought up when A.J. is talking to his mentor after being made partner. He is not married and needs to get a wife in order to more fully fit in to the image he needs to really succeed. So much to do – so little time to do it. What price glory? Stay tuned to find out how everything is worked out.

If the reader accepts every premise laid out in the novel it will become a quickly read adventure story. If not tune into the next book by Frey to see who is around and what their positions are.

This entry was posted on Tuesday, February 13th, 2018 at 6:00 AM and is filed under Book Reviews, Crime Fiction, Fiction. You can follow any responses to this entry through the RSS 2.0 feed. Both comments and pings are currently closed.